Former NZV8 and NZV8 Ute Champion Paul Manuell says the new Generation BNT V8 car, manufactured by Howe Racing in the US is the perfect fit for the New Zealand V8 circuit racing scene and he can’t wait to see them hit Kiwi circuits. 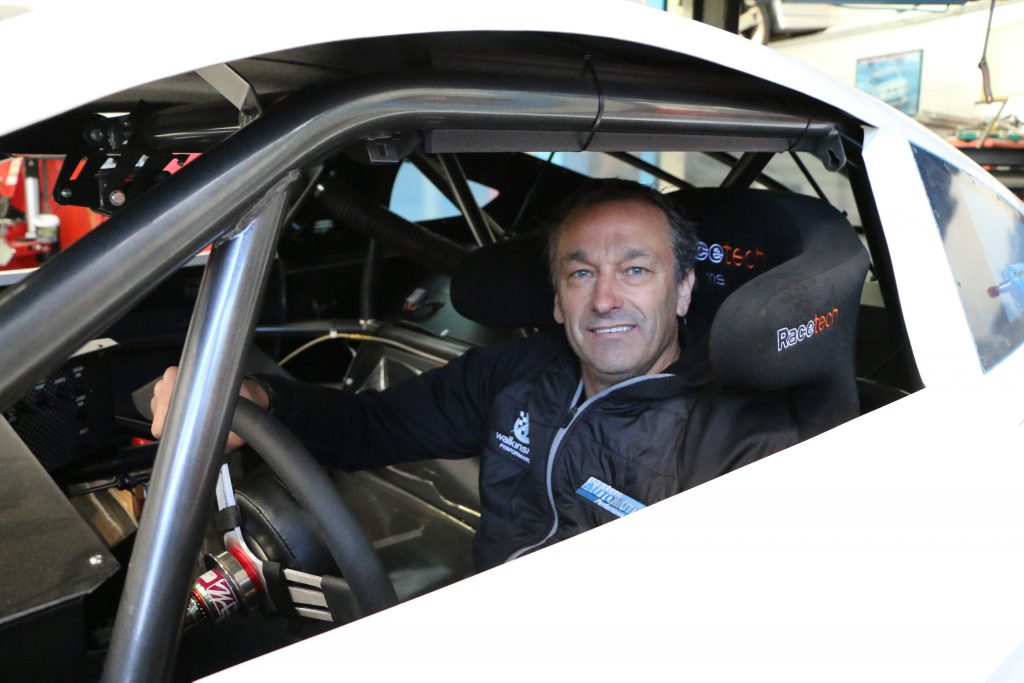 Manuell is no stranger to the car, having raced the chassis in a similar spec in Thailand in 2019, winning the Thai series. At 1250kg, 525hp, and with sticky Hoosier 3045 15” slick tyres underneath, Manuell says the cars are no slouch.

“The first time I jumped in the car in Bira in Thailand, which is one of the short ‘goat track’ circuits over there, the thing out of the pits was so fast and so grippy immediately – it was just awesome.”

Manuell says the Asia cars are of a similar pedigree but have many differences to what Kiwis will be racing here in the near future and are identical to the PBR specification cars currently raced in Australia.

“Though they are a Howe chassis, the cars we raced in Thailand last season were a six-speed sequential, rather than the four-speed we have here. It’s a slightly different brake package and a slightly different rear end, but the suspension and geometry is very similar.”

The New Zealand & Australian PBR spec cars feature a G-Force 4 speed transmission (with a controlled gearbox ratio), while the suspension set up consists of Penske single adjustable 7” shocks and a 2” front sway bar.

“These cars are great. There is no other car that can compare to the performance of these cars in their price range. This formula allows drivers to use their skill behind the wheel, not the money spent on the engine or shed.”

“The cars are just so much fun to drive. The Hoosier tyre is a big side walled racing tyre, which is very American. Once you get your head around the tyre, how it behaves, you soon get to trust it. It’s a good tyre, it gives grip like I’ve never had before – a phenomenal package.”

“The tyres have a soft sidewall, and the car moves around, and you can see that in some of the racing footage from Australia. But the cars are so much fun. There is a lot of give in the car, and how far you push that give is the whole thing with driving – finding the end of adhesion.”

Manuell says the engine performance is not too dissimilar to the current BNT V8 spec cars raced in New Zealand.

“The engines are very similar, these cars are down on ‘cubes’ a wee bit from the previous cars we’ve been running. But they have a lot of torque and a serious exhaust system. Putting a proper set of extractors on a car makes a world of difference to the performance of a car – and that’s what these cars have.”

“They are a lot louder than say a V8 SuperTourer, they sound sensational.” 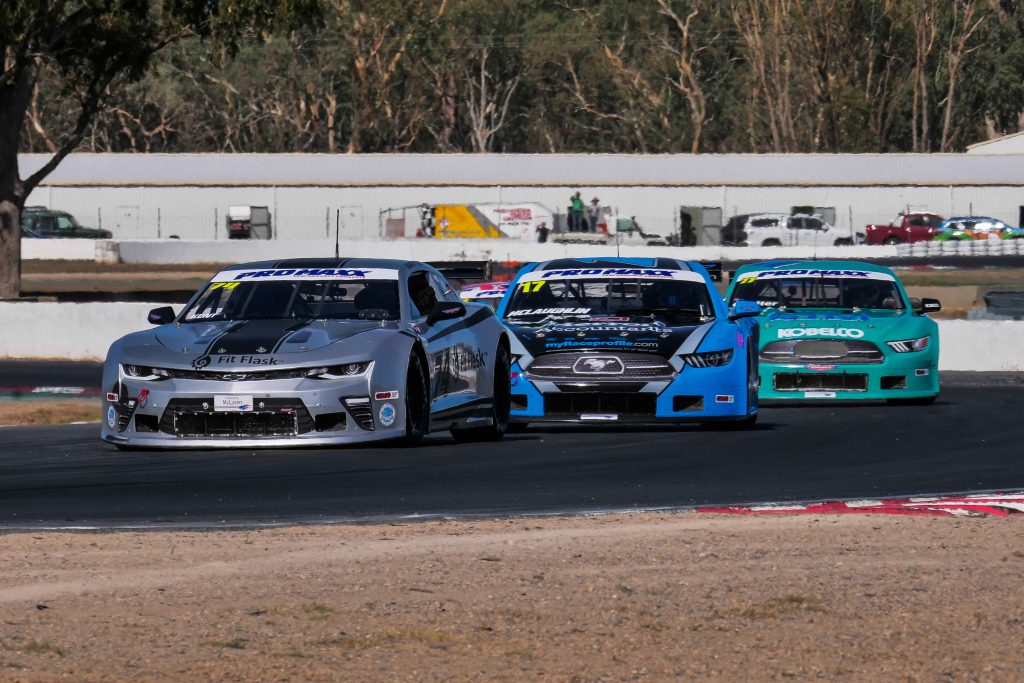 “The cars are light, these are 1250kg with the driver in it. They are very quick, in the turns and through the turns. They are a fast car, I think people will be very surprised.”

“The LS3 V8 engine is tough. I’ve been working on them now for decades, I know what they are capable of. I have no doubt the engines will do at least three seasons. We’ve spent phone numbers on engines previously, not with these.”

Built in the US by Howe Racing, Manuell says the construction and build quality of the cars is exceptional, the space frame chassis featuring bolt-on front and rear crash structures for ease of repair in the event of a collision and are cost-friendly.

With a number of series running successfully around the world, including Australia with great success, Manuell says the cars will appeal from the seasoned competitor to the amateur weekend warrior.

“They do have a lot of aero, and there is certainly a hole in the air from the car in front. The cars dart around quite well. You can change the direction of the car really fast for a passing manoeuvre. They’re very responsive and will suit a wide variety of drivers.”

Manuell is facilitating the sale and service of the new generation V8 out of his business Eastern Automotive & Performance, alongside his business partner Michael Childs.

“Once the cars arrive in the country, they will come out of here, handed to the customer, Dyno’d, tuned, set up, corner weighted, wheel aligned, full of gas and oil, seat belts adjusted – ready to go.”

“We have everything we need here to back up that service, and initially we will be available trackside to help some of the lesser experienced competitors get up to speed. I’m not there to race in the class, I’m here to help and assist drivers get the most out of their car and racing experience.”

“Whether you wanted the car engineered for you by a specialist or if you were to run the car yourself, the benefit of these cars is the ease of setup. The setup sheets and advisory manual that comes with the car will support either. Trackside adjustments are easily accessed and carried out, more so than any other race car.”

The American built platform is based around lower running costs for competitors; something Manuell says is the perfect fit for racing in New Zealand. 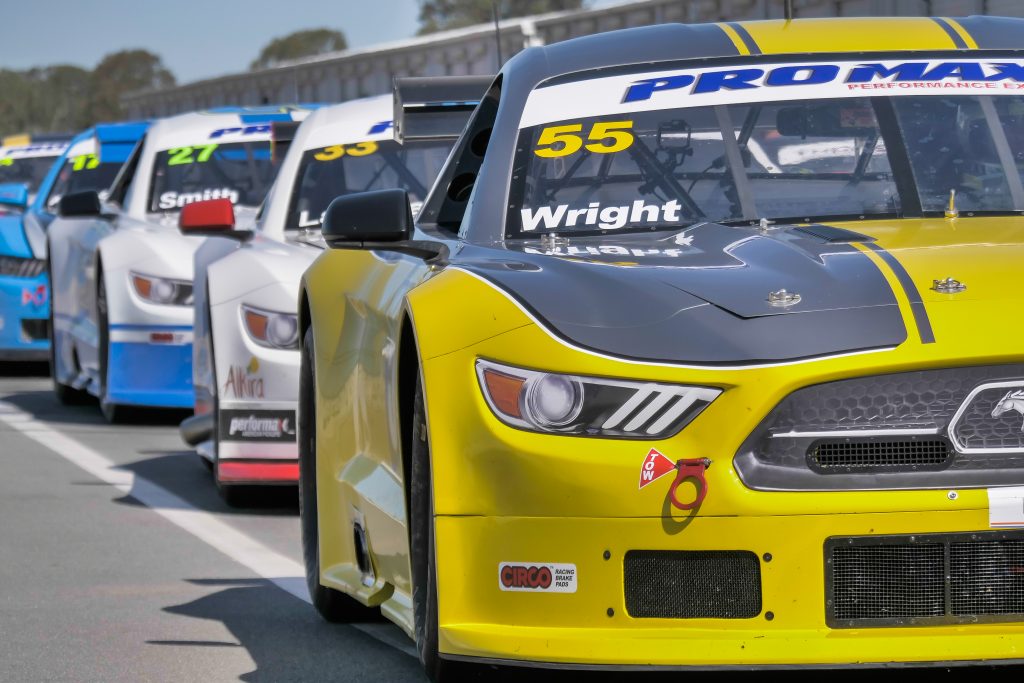 “One of the best things about these cars is the ease of repair. You can easily take a panel off. It’s bolt-on, bolt off onto a really strong chassis that won’t move, but the structural arms will and that’s where Howe has done a really good job in building these things.”

“Bang for buck, these cars are great. In Australia, guys are running these cars out of the garages at home. Not out of big race shops.”

“The enquiry we’re getting is from guys who were looking to race overseas, and for obvious reasons that’s not going to happen, there are the gentleman drivers who have sold businesses and are looking for a hobby, and there are the younger racers who are looking to take that next career step. Despite Covid-19, interest remains high.”

“I’ve been involved in a lot of classes, and these cars are going to be really economical to run which is unheard of in motorsport.”

“We’re a couple of weeks away from announcing the first sales.”