Andre Heimgartner has taken two further race wins in the BNT V8s Championship at Manfeild this afternoon, adding to Saturday’s win, giving him the clean sweep and round win.

Heimgartner was virtually untouchable all weekend, his teammate Lance Hughes following him to the line in second place in all three races. 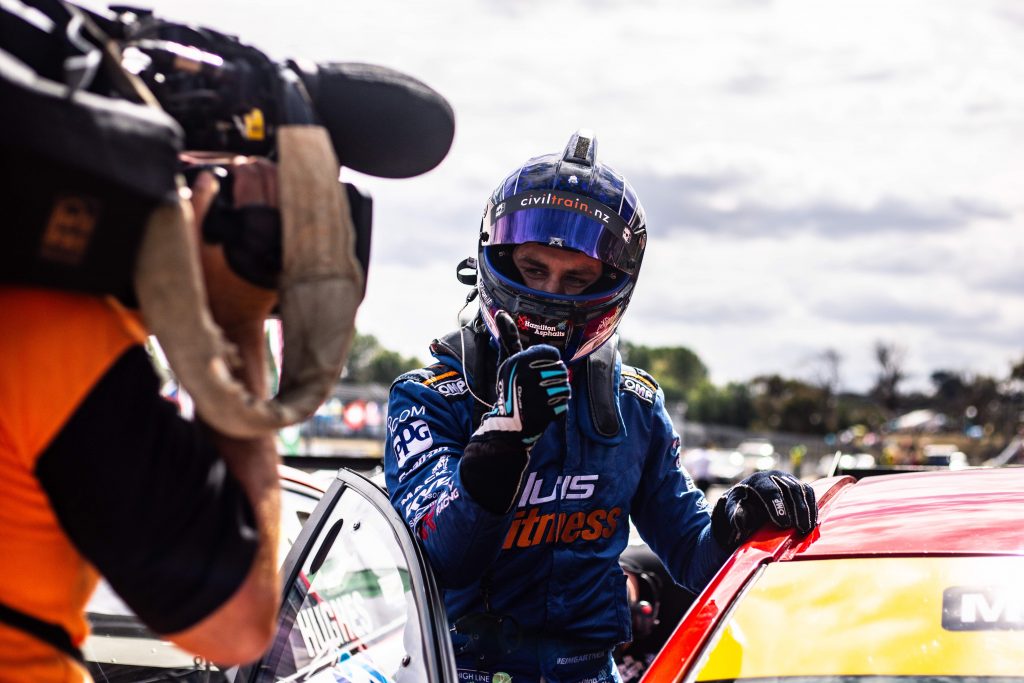 “Good fun weekend with a great team, I always enjoy racing here. And it’s great preparation for the season ahead in Australia,” said Heimgartner.

Sunday’s race two and three saw the Hamilton Motorsports duo followed to the line by the Nissan Altima of Nick Ross – clinching third overall for the weekend. A good fight back for the Cambridge racer after a troubled start to the weekend – and despite having to replace the gearbox on his Nissan Altima in-between races two and three.

“The weekend got better and better for us. We missed those two practice sessions on Friday, it’s good to get back out there. Don’t quite have the pace of the Hamilton Motorsports boys. Watch out Hampton Downs, we’ll be there,” said Ross.

Brad Lathrope in his Ford Falcon finished fourth for the weekend with the Toyota of Alexandra Whitley finishing fifth, the Holden of Rob Wallace sixth, and the Ford Falcon of Brayden Phillips seventh.

The BNT V8s Open class was won by Sam Collins in his Ford Mustang, followed by the Holden Commodore of Blair McDonald

BNT V8s Lites was won by Brock Timperley in his Ford Falcon with the Holden Commodore of Justin McIlroy in second.

The next round of the BNT V8s Championship will be at Hampton Downs in the North Waikato – March 27-29.