It’ll be a big weekend for Class One Holden racer Rob Wallace at the final round of the BNT V8s at Hampton Downs as he chases down a top three spot in the points as well as rookie of the year.

“I’m very surprised about being fourth at the moment. Our first year in Class One I was just hoping to keep up at tail end and with the engine being way over its use by date I’m taking it a little bit easy on it. So, it is awesome to be up in the points just from being consistent,” said Wallace.

Initially only predicting he might compete in limited rounds due to budget constraints; Wallace says he is thrilled he’s managed to compete across the whole season.

“We are a very small team and to make the whole six rounds is amazing. I have to thank Nick Ross for taking the car down and getting it to both rounds. Also Lance Hughes for helping unload it with his truck and my Father in-law for funding most of the whole thing and all the other awesome people that helped out. Can’t thank them enough. 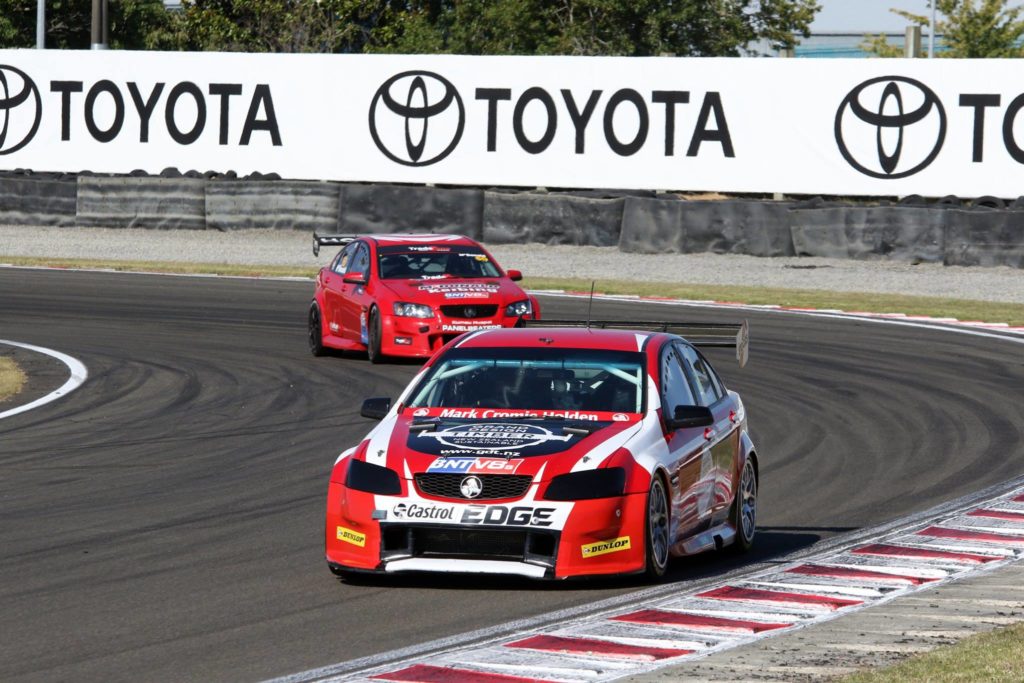 Wallace went on to finish third overall at Round Five at Manfeild last month.

“It was awesome down south. Highlands was a awesome track very technical but lots of fun.”

A season highlight for Wallace was gaining third place overall held at Manfeild near Feilding a few weeks ago, a further boost to his championship point’s tally.

“Third overall at Manfeild was epic. We had good pace and found a couple of things we sorted with the car that improved it and getting told to grow a pair with braking pressure made a good gain. Was a fantastic result.”

Wallace says that he and his small team have been learning more and more about the car, in an effort to extract the optimum speed out of the chassis.

“We have learned a lot over last five rounds. The car is great, just my driving has had to improve to keep up with it. I’ve had to trust the car with grip and how well it brakes. The hard part has been getting power to the ground and not just jumping on the loud pedal.”

“We still have heaps to learn and there more pace in the car so will keep chipping away.”

With a championship podium spot up for grabs, and possible rookie of the year honours, Wallace says he will have to step up his game to keep ahead of some chasing drivers, notably Brenton Grove who is a just a handful of points behind and also chasing the same prizes as Wallace.

“The last round at Hampton Downs is going to be great. We would like to stay where we are in the points or move up but with the calibre of drivers in the field , such as Brenton Grove won’t be easy. We will be giving it everything and see were we end up at the end of it.

“We are putting on the big boy pants for last round and have hired a engineer to help with data and car setup so should go all right.”

The sixth and final round of the BNT V8s is at Hampton Downs this weekend with one race on Saturday and two on Sunday. The Championship is currently lead by Jack Smith with Nick Ross in second spot.